The Mountaintop Collection reflects Freedom Seekers who understand the power of self emancipation, not only for themselves, but for others as well. Those who chose to obtain self emancipation by stepping out on faith and believing in their hearts, "I Am Free". 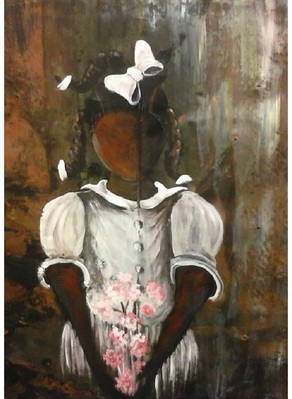 My Offering
(Civil Rights Series)
It is based upon Ruby Bridges an American activist known for being the first black child to attend an all-white elementary school in the South. 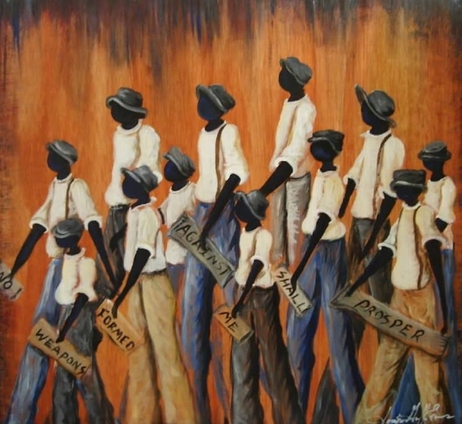 No Weapons Formed Against Me
After visiting the home of Fredrick Douglass sitting on top of a hill in Washington D.C. I was inspired to paint 'No Weapons'. I thought about his life from slavery to freedom. How his bel...ief in what the word of God stated for him meant the equality of all people before God, deliverance from bondage in this life and value himself, love others, and work to achieve freedom. The word of God was what kept Sixteen-year-old Frederick from being nearly broken psychologically by his ordeal with a extraordinarily cruel slave breaker and gave him the courage to escape to freedom. He believed and entered into the way of life in which he believed God had purposed for his life. 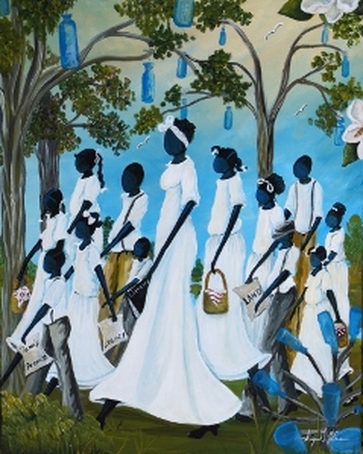 Road to Freedom
The Road to Freedom' depicts a people proud of their culture and their heritage. They are stepping out on faith to obtain the true American Dream, which is the right to freedom, a good education, land ownership and the development thereof; hence leaving a legacy for generations to come.

The Underground Railroad was a network of secret routes and safe house used by 19th-century enslaved people of African descent in the United States in efforts to escape to free states and Canada with the aid of  abolitionist and allies who were sympathetic to their cause. The term is also applied to the abolitionists, both black and white, free and enslaved, who aided the fugitives. 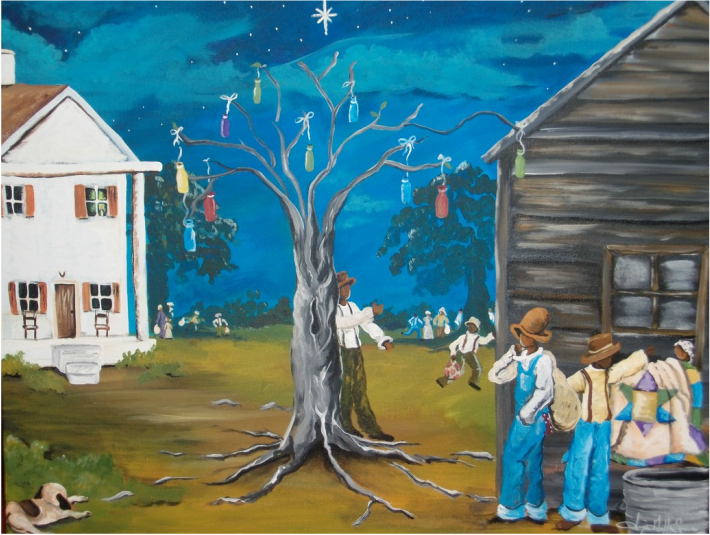 Steal Away
"If the Son therefore shall make you free, ye shall be free indeed." -John 8:36